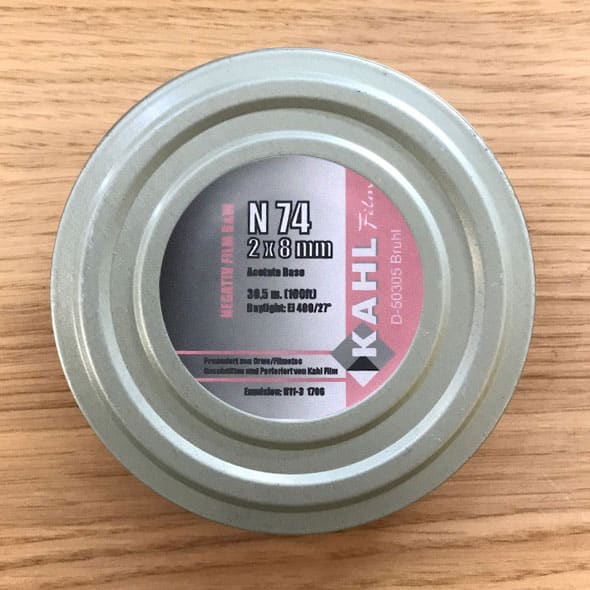 • Compatible with standard 8 cameras that can take 100 foot loads (eg. Bolex H8)
• Tri-acetate base
• Sensitivity: 27 DIN, 400 ASA
• Develops as a black and white negative, or can be processed as a reversal film upon special request
• ORWO Universal Negative Film UN 74 is a high speed black and white film for versatile applications. A panchromatic film that can be used for both outdoor and indoor shots
• NOTE: With processing/scanning included in the purchase price our shipping cost includes both shipment of unexposed films plus delivery of the processed reels back to you
• Once processed and slit, this reel yields 200 foot of black and white super 8 (equivalent to 4 carts of super 8).
• Can be used only in dedicated standard 8 cameras that handle 100 foot loads
• Approx running time of processed film @ 18fps = 13mins, @ 24fps = 9 mins 40 secs