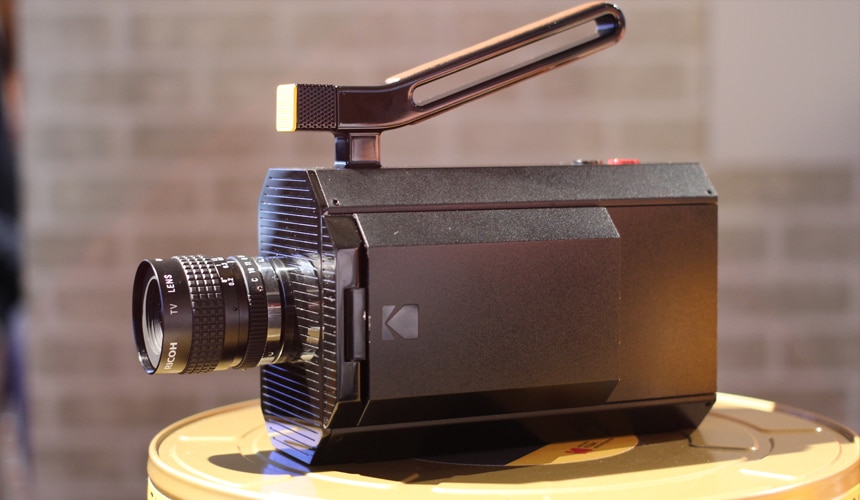 Kodaks ‘Analogue Renaissance’. How Long Must We Wait?

Vinyl records have had a pretty strong comeback in the last decade. But will the same thing happen to celluloid film? Quentin Tarantino certainly sparked interest at the beginning of last year with his resurrection of Ultra Panavision 70mm for ’The Hateful 8’. More recently, and perhaps more successfully, we have seen film conservationist Christopher Nolan opting to shoot on 70mm with his film Dunkirk. With investment from major Hollywood backers to keep film production alive for the foreseeable future, Kodak are now reaching out to grassroots film consumers with their brand new Super 8 camera, set for release…. some time last year. When it does finally arrive, this camera will be the first movie camera released by Kodak in over 30 years.

There are various surprising features to this new camera design but perhaps the most interesting of all is the incorporation of a flip-out LCD monitor. On the release of the prototype back in January last year at ‘CES’ (consumer electronics show) there were a few misconceptions regarding the cameras capabilities. The main one being that it could record digital video whilst simultaneously capturing images on the celluloid itself; unfortunately this will not be the case. The LCD monitor will function as a live digital display and control panel, without the capability for digital image capture.

Those of you expecting an optical viewfinder will be disappointed to learn that it will be replaced altogether by the LCD monitor. Werner Herzog would agree that the use of an optical viewfinder is synonymous with shooting super 8. All those years of home movies shot unmistakably in POV, where you could figure out which family member was filming from the camera height and angle. OK that might not be the best example but the point I’m making is that the introduction of a digital flip-out monitor may promote a way of filming more akin to that of your compact digital camera. Conversely, you might argue that the presence of digital technology will bring a confidence and reassurance to the film novice and encourage more creative ways of shooting. 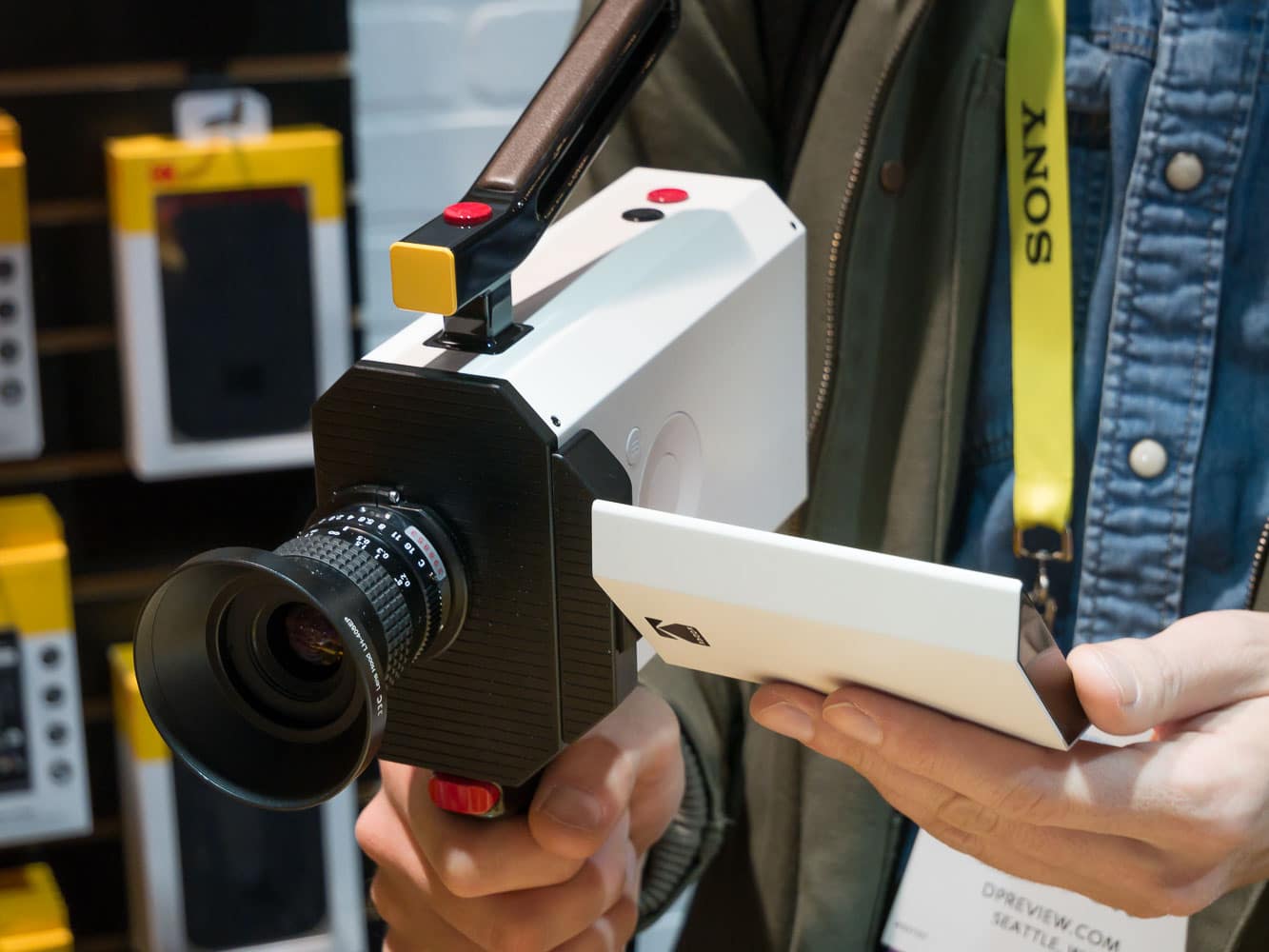 There are certainly some things with this Kodak super 8 camera that I’m really excited about. The new model will be able to record variable frame rates of 18, 24, 25 and 36 FPS with a fixed 6mm 1:1.2 Ricoh lens and optional 6-48mm zoom. A wide angle lens attachment will also come with the camera. Using the popular c- mount, the camera will be compatible with a vast array of existing lenses. Exposures will be controlled with the old speed notch system built into the cartridges and a built-in light meter is present for all supported speeds of Kodak film types. Manual settings for both aperture and film speed will also be possible.

I’m pleased to see that the proposed design also comes with a pistol grip attachment and top handle to aid low handheld tracking shots. Other innovative features include the addition of sound recording. A small digital microphone recording directly to an SD card is preferred to the traditional magnetic full coat strip that first made sound recording possible in 1973. It will be interesting to see how easily the sound and image will be synced in post. Credit to some serious priorities of form over function, the retro styled design of the camera body is rather lovely. Whether I feel this way because I am in fact a closet hipster, I just don’t know. But the all-black prototype of this camera, with it’s squared off edges, would look superb alongside my stacks of second hand vinyl and vegan cookbooks. 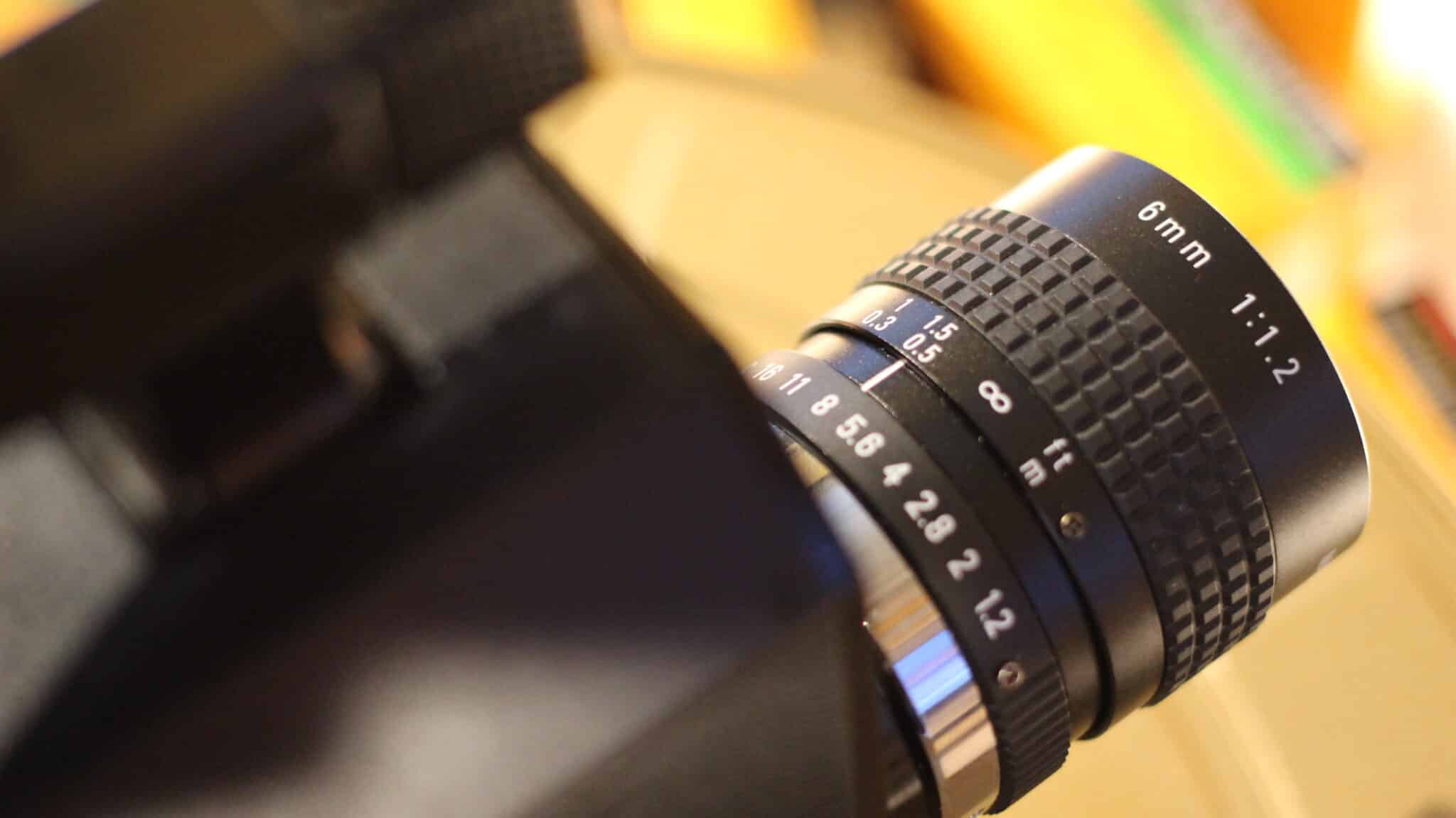 Perhaps more interestingly, Kodak propose to establish an ecosystem around the release of this camera, providing the consumer with film processing and a full ‘HD’ scan downloadable via ‘the cloud’; not to forget your physical film reel returned to you by post. With these services attached, I’m curious to see how much a standard cart of super8 film stock will now cost you. Kodaks’ available stocks will continue to be their 50D, 200T and 500T colour negative films and Tri-X black and white reversal stock. Kodaks newly revived (and eagerly awaited) colour-reversal Ektachrome film will also be compatible with the new camera.

Kodak hope to bring the medium of film to the next generation of young filmmakers, to inspire the future Spielberg’s, Nolan’s, Tarantino’s and McQueen’s. There are certainly many great directors that are still shooting super 8 but I imagine that it could be tricky to lure those first time users with a likely release price more akin to that of a full frame digital camera. Having said that, camera buyers may be enticed to go for new over old if they can rest assured that their reel of film is to be nicely exposed, well focussed and jitter-free. Many would argue that removing the uncertainty that comes with shooting 8mm is a good thing, and it’s hard to disagree with that when bearing in mind the cost of film. But will we lose the films painterly artistic qualities, with it’s jitter, erratic focus and light leaks as we look to refine the process of using this medium?

I’m intrigued to see how the mishmash of film and digital in this product will change the basic approaches to amateur filming. Will the use of an LCD monitor encourage first time users to shoot more wastefully than one should when using film? Is the product a ‘hipster-bait’ gimmick with a foolproof set up that inhibits the educational and experimental nature of working with film? Maybe this strange coalition of digital and analogue will help to bridge that knowledge gap for those brought up on pixels… either way, anything that strives to promote the analogue renaissance is surely a wonderful thing. It’s all too common nowadays to find filmmakers that disregard the use of analogue on the basis of its ‘inferior’ quality to digital. How can a serious filmmaker write off a creative medium when solely taking into account the resolution of an image. To shoot super 8 is an aesthetic choice, but it also yields an entirely different philosophy and approach to filmmaking. You could consider it a gateway drug for those aspiring to learn about movie making on a broader scale. We must therefore credit Kodaks efforts at keeping film alive as a medium and remain hopeful that this latest product will be another positive step in that direction. When it turns up.