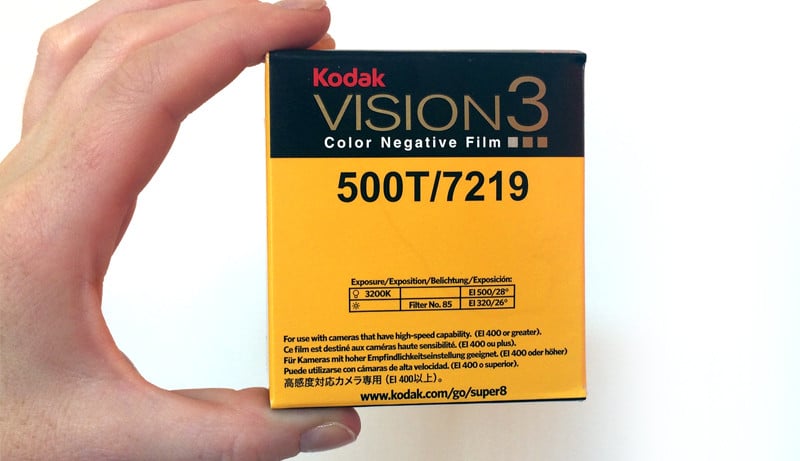 Kodak have made a some decisions in the past few years that have upset many photographers and film-makers alike. The demise of Kodachrome in 2009, with processing being discontinued in December 2010. The end of Kodak Ektachrome production in 2013 and numerous other film stocks going the way of the Dodo. Then bankruptcy in 2012. Not really a decision that last one, but depressing none-the-less. The writing, it seemed, was on the wall. Add to the mix Fuji’s exit from motion picture film manufacturing, the death of Polaroid manufactured Instant film and it would be fair to say that this has not been a happy period for devotees of analogue photography and film-making. The march of the digital monster was inevitable and unstoppable. It seemed all we could do was watch from the sidelines muttering (with gritted teeth) ‘that doesn’t look as good as film…’

Though this has certainly been a disquieting few years, it has also been a time to re-evaluate analogue film, it’s unique qualities and it’s paradoxical reinvention in the digital era as a medium of superior quality (our opinion), highly evocative with a proven heritage. The reasons for films continued popularity are many and varied, but not least is our predilection for nostalgia and the desire for the colours and images from the past to be recreated in the most authentic way possible. Take a quick look at any episode of ‘Mad Men’ if you want some convincing of this. Suffice to say there’s a visual language tied-up in analogue film, somewhat illusive, intangible, and now ‘reassuringly expensive’. Film is experiencing a renaissance that (we believe) mimics the vinyl record.

In light of this, how apt is our sample scan featured in this post. This film was shot on Kodak Vision 3 500T, using a Canon 1014 xls in Summer 2014 and is part of larger piece about the Vinyl Factory; a UK based vinyl record pressing plant, fulfilling vinyl LP orders for all of the major and independent record companies alike. Who would have thought that vinyl records would be the only physical music format with a growth in sales in 2015, some 33 years after the introduction of the CD? As an 8mm film scanning business we LOVE Kodak Vision 3 film (and the vinyl LP as it goes). Kodak Vision 3 film is a magic material, with hidden depths of colour tonality and dynamic range, unsurpassed by any other current movie film stocks (our opinion). Admittedly the pickings are slim.

As a telecine operator, there’s something very special about that first moment of colour inversion, pulling the white balance controls into position to reduce the negative film’s blue cast (the orange film base inverted), under which live an array of subtle colours, hues, details in shadow and ‘unburnable’ whites. Colour negative film wins every time. It has all the information you’ll ever need to grade as you see fit, incredible latitude (meaning you can over or under expose pretty heavily and still retain large amounts of image information), and the grain structure is incredible. Considering that the above example is shot on 500 ASA film, under factory fluorescent lights and is a piece of film under 1cm wide, the grain is incredibly low. The above footage is also under exposed as a result of the factory lighting (so the grain is accentuated as result). The inevitable green cast from the fluorescent lighting was colour corrected during the scan. No attempt has been made to remove the grain or sharpen the image. Kodak Vision 3 500T is the perfect super 8 film for low light situations, and it’s high speed in daylight situations means you get superb sharpness and depth of field from the closed down iris.